Is construction plugging into an electric future? 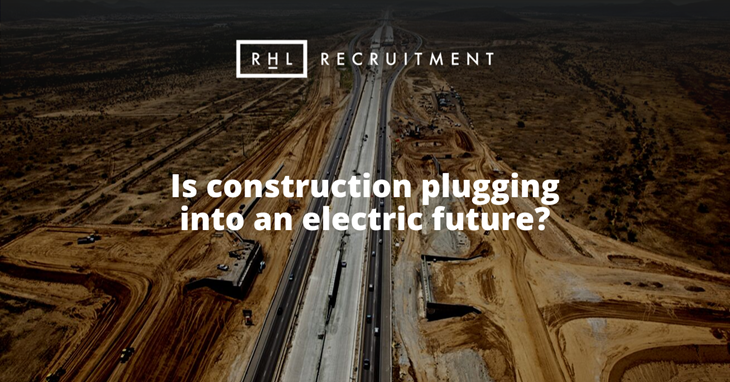 The UK’s poor air quality is a continuing concern, and along with other industries, the construction sector is a significant source of pollution.

In London alone, figures suggest that construction sites produce around 7% of nitrogen oxide emissions - with diesel-powered machinery and generators the main culprit.

Significant exposure increases the risk of lung cancer, and there’s increasing emerging evidence around the link between diesel fumes, particulates and nitrogen dioxide to children and pregnancy - from asthma to an increased risk of miscarriage.

There’s certainly huge public interest in how to reduce harmful emissions - as well as a massive movement on how we can deal with climate change. And with the introduction of the UK government’s Clean Air Strategy the construction industry faces increased pressure to not only reduce pollution and conform to environmental regulations - but also move towards sustainable construction in general.

Cleaning up with cleaner technology

There’s been some progress in developing plant that runs on cleaner technology, including machines powered by alternative and renewable fuel. Other options include retrofitting machinery with selective catalytic reduction to drastically reduce nitrogen dioxide emissions, and investigating fuel cell technology powered by hydrogen.

But new industry research suggests the biggest transformation in off-highway construction machinery will come from electrification. In step with the rise of electric vehicles in the consumer market, it’s predicted that over the next decade off-highway electric vehicles (EVs) will overtake diesel-powered machines on sites.

According to a study by emerging technology consultancy IDTechEx, although EVs make up only 15% of CAM (construction, agriculture and mining) currently sold in 2019, they will make up the majority by 2029.

There are increasing regulations around diesel - covering CO2 emissions, particulate emissions and NO2 emissions. And it’s thought that these will affect the profitability of producing diesel engines that meet standards - and make it too expensive to fit extra equipment that makes a diesel engine legal.

What’s so good about electric?

Aside from the obvious - that EVs are zero emission - electric drivetrains are far more efficient than diesel drivetrains. And with advances in technology to store and generate energy, they’re set to become even more so.

Electric vehicles are also pretty much silent, which will make for quieter construction sites - a benefit in urban environments. As long as the charging infrastructure is in place there are no limitations on how long EVs can be operated, and all without expensive exhaust extraction equipment needed by diesel-powered machines. This means faster project completion and ultimately higher profits.

Small gets the job done

Electrification seems the natural next step for small and medium plant in particular as more and more construction projects now take place in built up urban environments - increasingly underground, in tunnels or in existing indoor sites for example.

That means there’s a growing need for compact EVs - as manufacturers race to bring efficient replacements onto the market. As an example take JCB’s new 19C-1 E-TEC mini excavator, with zero emissions. Plus, a recent industry award for innovation was won by two compact electrically-powered vehicles: a fully-electric compact excavator by Volvo (EX2) and a compact excavator by Mecalac (e12).

The fact that EVs in construction are set for massive growth will open up a wealth of exciting options for technical professional specialists - from the innovations powering the machines themselves, to associated technologies and infrastructures.